Second half revival not quite enough to rescue a point

Another home league game saw another pre-match outing for the ‘Shawshank leaf-clearing chain gang’. There appeared to be even more leaves to clear from the pitch this time but undeterred, Mrs Bose and Mr Barcia led the attack on the unwelcome golden carpet…the scene was then set for another 40 minute rollercoaster ride.

St Cuthbert’s started like a runaway train, their maroon shirts pouring forward incessantly and the Holy Family defence was creaking like the floorboards of a haunted house. In keeping with the spooky setting, their centre forward kept appearing like a ghost, totally unmarked in our penalty box. He was a big, powerful ghost wearing maroon and it was difficult to see how he could not be seen by the boys in yellow. It was only a matter of time before he punished us and sure enough, after 6 minutes the ghost in maroon struck the first blow, latching on to a cross and slotting the ball past a helpless Ollie in goal for a 1-0 lead to St Cuthbert’s. At this point the big crowd must have been hoping Holy Family would spring into life but the nightmarish scenario continued. The ghost was everywhere (and seemingly nowhere judging by some of the non-marking), shots were raining in on our goal and only Ollie’s heroics kept them out. With the clock approaching 10 minutes, St Cuthbert’s early dominance led to a second goal…hmm Holy Family were now in quite a big hole and it was definitely time to wake up. Marcus came off the bench to add steely resolve to the defence and suddenly we looked more able to cope with the frequent attacks. The midfield started to function properly and we played some good football leading up to half time however we could not find a way past their (very tall) goalkeeper.

The half time ‘call to arms’ was quite simple – “Remember the Ongar Place game” was my message…a direct reference to the fact that we were 2-0 up in that one and ended up in a drawn game…it was now time to turn the tables. “ Let’s go out and win the second half!” was my last comment and the boys set about the task with admirable determination. The second half was an excellent contest as we started to threaten the St Cuthbert’s goal whilst the maroons launched sharp counter-attacks on many occasions. Midway through the half an excellent exchange of passes saw Aaron released behind the St Cuthbert’s  defence and he ran on to power a shot past the keeper and into the empty goal…1-2…game on!

The final 5 minutes were nail-bitingly tense with good chances spurned at both ends. ‘The ghost’ was still haunting our defence and, in one brilliant move, he spun on the edge of the box and smashed a rocket shot towards the bottom corner of the goal. It was surely the knock-out blow but I had reckoned without the cat-like agility of Ollie. Resembling a young Peter Schmeichel, he dived full length to his right to pull off an amazing save similar to one made by the legendary Dane in a Champions League game in Vienna – sensational stuff…and it was followed by a superb display of respect and sportsmanship as the St Cuthbert’s centre forward shook his hand and offered his congratulations. Stirring stuff indeed, they should show that sort of thing to every player in the Premier League.

Despite a fantastic second half display from all of the boys (especially Dino and Marcus in defence), we could not find an equaliser. We had won the second half as I demanded but the 2 goal deficit was just too much to overturn. Never mind, we learned more valuable lessons and will be ready for the next game. There is nothing between any of the teams in this league and we are capable of turning these close games into victories. I’m now hoping we don’t bump into any more invisible centre forwards this season! 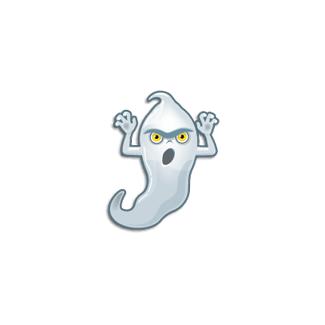