Our house logo was designed by Joey. 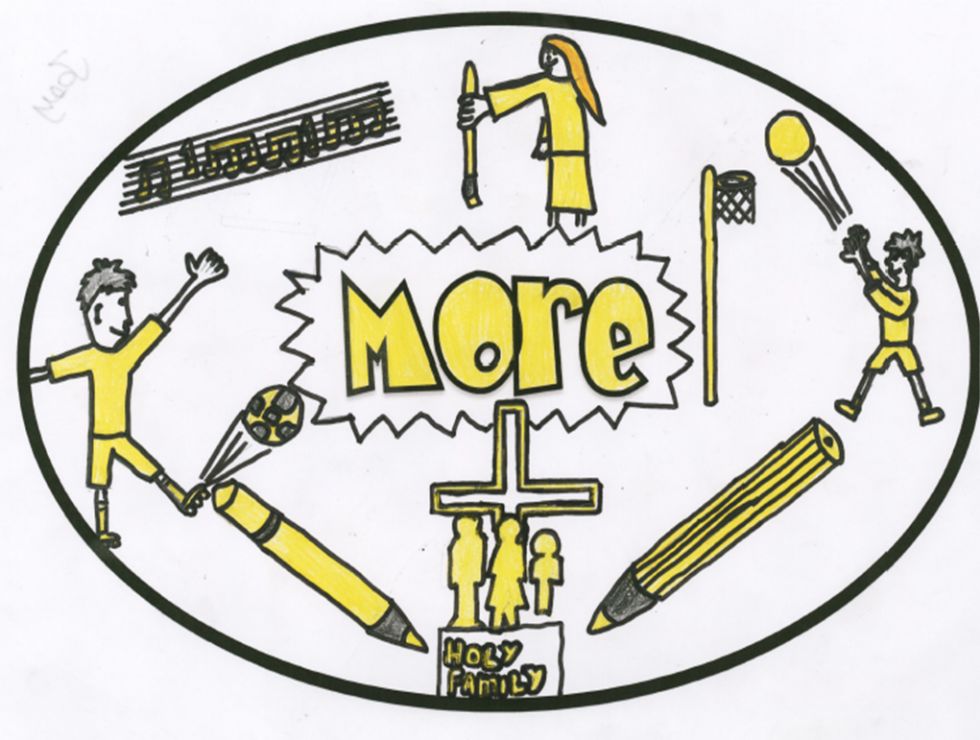 Our house is named after St Thomas More. Our house colour is yellow.

Thomas More was born in London, England, in 1478. He was a famous writer and lawyer.

Thomas More was a married man, and he and his family lived happily, sharing with the poor. He was deeply religious and prayed long hours into the night and performed many penances. Thomas was also a good friend of King Henry VIII who made him Chancellor of England, a position just under the king. Thomas enforced the laws of England and saw that the poor were protected against injustice.

Once while Thomas was hearing Mass, King Henry sent for him. He did not leave until the Mass was finished, but sent this message, “As soon as my audience with the King of Heaven is ended, I will at once obey the desire of my earthly king.”

King Henry wanted a law passed making himself head of Church of England, because the Pope would not grant him a divorce from Queen Catherine. When Thomas refused to consider such a law and resigned his position, he was arrested. At the trial false witnesses were called against him, and he was condemned to death. Thomas was beheaded on July 6, 1535 and along with his friend and fellow Catholic,

Cardinal John Fisher, he was proclaimed a saint by Pope Pius XI in 1935.

Just like his friend Saint John Fisher, Thomas did not compromise his own moral values in order to please the king. He was able to stay strong through prayer and trusting in God.