Our house logo was designed by Luke. 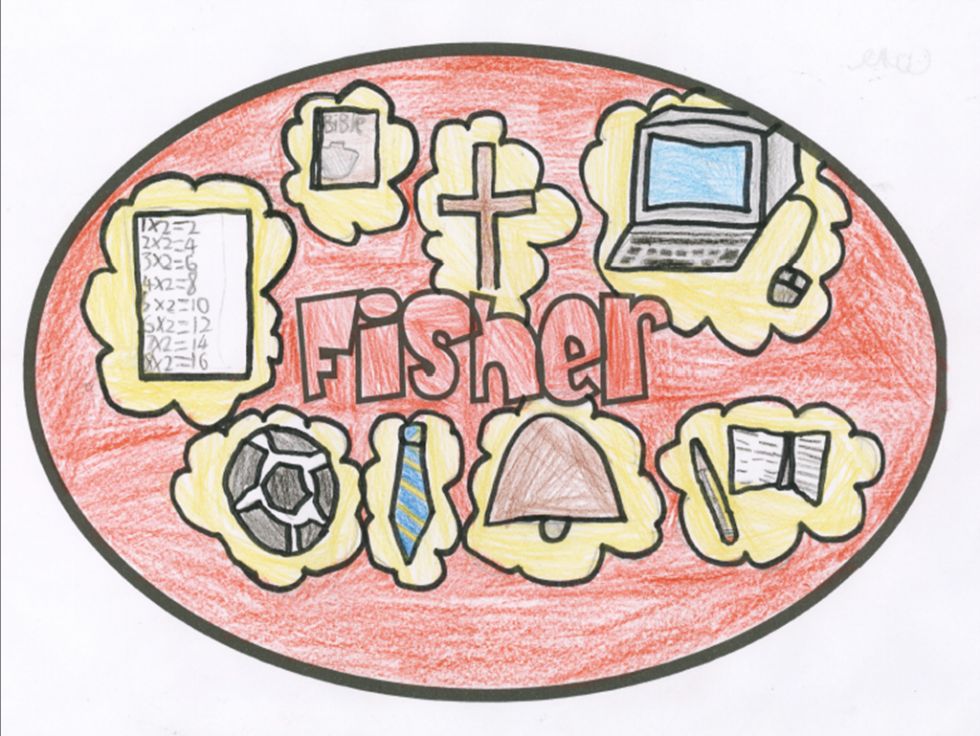 Our house is named after John Fisher. Our house colour is red.

John Fisher was born in Yorkshire, England, in 1469. He was educated at Cambridge University where he became a top scholar. He became a priest in 1491 and a bishop in the year 1504. As Bishop of Rochester he was the spiritual director of King Henry VIII’s mother.

King Henry VIII wanted to divorce his wife, Catherine, in order to marry Anne Boleyn. He was angry with Bishop John for insisting that his marriage to Queen Catherine was true. He was further angered when Bishop John rejected his claim to be the Supreme Head of the Church of England.

Cardinal John was beheaded on June 22, 1535. Along with his friend and fellow Catholic, Sir Thomas More, Cardinal John Fisher was proclaimed a saint by Pope Pius XI in 1935.

It takes courage to stand up for the truth. Saint John Fisher shows us that, with God, we can always have the strength to do the right thing.