Our house logo was designed by Olivia. 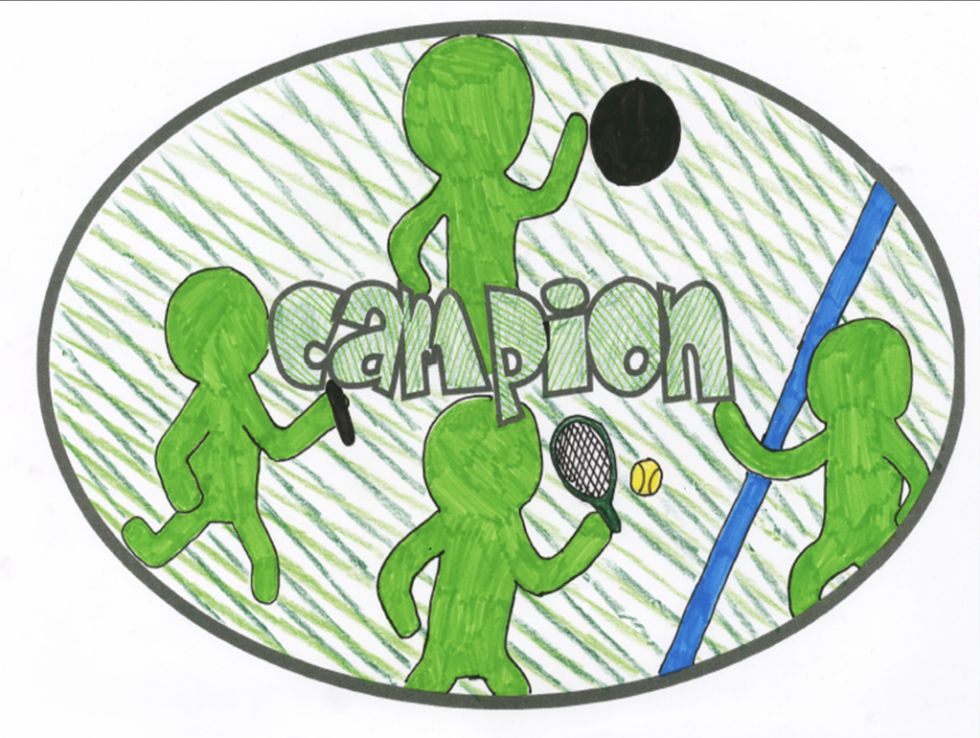 Our house is named after Edmund Campion, this house is represented by the colour green.

Edmund was born at London in England. He was the son of a Catholic bookseller who converted and became an Anglican. When he grew up he planned to join his father in business but received a scholarship to Saint John's College in Oxford.

He was a very popular young English student and a very good speaker. In fact, Edmund was chosen to deliver a welcoming speech to Queen Elizabeth when she visited his college. Some students were very attracted by his happy nature and his many talents and made him their leader.

Even the queen and her chief ministers were fond of this handsome young man. The Queen wanted to make him a Deacon in the Church of England.

But Edmund was troubled about his religion, as he believed that the Catholic Church might be the only true Church. He did not hide his feelings, and the government, which was persecuting Catholics, became very distrustful of him.

After he had escaped from England, Edmund studied to become a priest. He entered the Society of Jesus. When the Holy Father decided to send some Jesuits to England, Father Campion was one of the first to go.

The night before he left, one of the other Jesuit priests wrote over his doorway: "Father Edmund Campion, martyr." Although he knew what danger faced him, the holy priest set out cheerfully. In fact, he had many a laugh because of his disguise as a jewel merchant.

In England he preached with great success to Catholics who had to meet with him in secret. Spies of the queen's men were everywhere trying to catch him. He wrote: "I won't escape their hands much longer. Sometimes I read letters that say 'Campion has been caught'!"

It was a traitor who finally had Edmund captured. The government officials who had been so fond of him visited Edmund in jail. Even Queen Elizabeth came.

But none of their threats or promises could make him give up the Catholic faith. Although they made him suffer, he still defended himself and his fellow priests so well that no one could answer him. But the enemies of the Church condemned him to death anyway.

Before he was put to death, St. Edmund forgave the man who had betrayed him. He even helped save the man's life. He was tortured in the Tower of London, then hanged, drawn and quartered.